IF I AM STOPPED BY THE POLICE FOR AN OUI, WHAT SHOULD I DO?

A Second Offense DUI /OUI/DWI in Massachusetts is punishable by a fine of between $600 and $10,000, and/or a period of incarceration from 30 days to 2 ½ years in the House of Correction.

First and foremost, you should always remain polite and courteous with the police officer who stopped your vehicle. If you become belligerent or rude, the officer will almost always note it in his/her report and will try to attribute your confrontational behavior to your supposed intoxication. 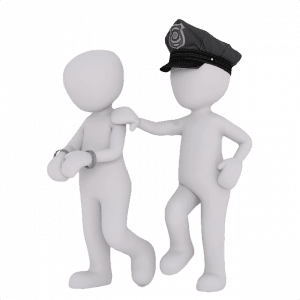 Can I refuse to provide my license and registration to the police?

No. Under Massachusetts General Laws c. 90, §25, if a police officer demands to see your driver’s license and registration and you refuse to comply, you can be charged with Refusal to Obey a Police Officer and, if found guilty, you may be assessed a fine of $100.00. The same charge and punishment would apply to any person who refuses or neglects to stop when signaled to stop by any police officer. Thus, an officer may have probable cause to arrest you (for Refusal to Obey a Police Officer) before he even commences his OUI investigation.

What should I say if I am being investigated for an OUI? 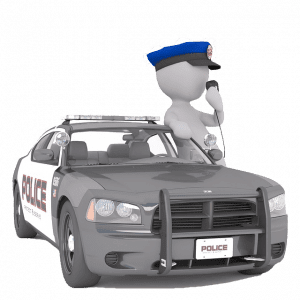 A lot of people, when stopped or arrested for DUI, naively think that they can talk their way out of this unfortunate situation. In doing that, not only are they not helping themselves, they often make the Commonwealth’s case against them much stronger than it would have been without their admissions.

When you are interacting with a police officer who is investigating you for a possible OUI (drunk driving), you should try to say as little as possible. This approach will make your impending criminal case much more defensible. Remember that everything you say to the police during a motor vehicle stop is likely going to be used against you in the subsequent prosecution.

Even your answers to a seemingly innocent question, such as “Where are you coming from?” can later turn into a very effective tool in the hands of a skilled prosecutor in a case against you. For instance, in a recent OUI/drugs trial attorney Mikhlin handled, our client, who was stopped by the police on a suspicion of a DUI, was asked by the investigating officer where he was coming from and where he was going. He told the officer that he was driving from Lowell to his home in Newton. At first glance, this may seem like an absolutely innocent exchange. However, our client’s vehicle was stopped in the town of Westwood, which meant that he had travelled for approximately ten miles after passing his Newton exit prior to being stopped by the police. At trial, the prosecutor tried to argue that since the defendant had driven past his exit without even realizing it, he must have been impaired by drugs. Thus, a seemingly non-incriminating response from our client to a question posed by the investigating officer turned into a “piece of evidence” that the prosecution was able to use at trial. Therefore, if you are pulled over for Operating under the Influence (or any other crime for that matter), you should politely refuse to answer the investigating officer’s questions or tell him that you would be willing to answer them in the presence of your attorney.

Do I have the right to refuse to perform Field Sobriety Tests?

No. The Supreme Judicial Court has affirmatively stated that “there can be no right to refuse to perform [field sobriety] tests in the case of a lawful stop.” Commonwealth v. Blais, 428 Mass. 294, 301 (1998). The Court also stated that “[i]f a person, lawfully arrested or detained, is ordered by the police to perform the tests, such order does not violate any right of that person.” Thus, a police officer does not have to advise the driver of his or her right to refuse to perform a field sobriety test. However, a person may not be forced to perform any field sobriety test. Additionally, in Massachusetts, unlike in some other states, the evidence of a motorist’s refusal to submit to a field sobriety test or tests is not admissible against that person at trial.

While a refusal to submit to a field sobriety test does not trigger any immediate criminal sanctions or driver’s license implications, in most situations, an investigating police officer will likely place that driver under arrest for an OUI, based on the officer’s other observations of his driving, demeanor, and appearance. Thus, any person who finds him or herself arrested for an OUI after refusing to submit to field sobriety testing by the police, should secure quality legal representation as soon as possible. Attorney Mikhlin has tried and won many DUI cases where the prosecution was alleging, among other things, that the defendant refused to take field sobriety tests.

Do I have the right to refuse to take a Breathalyzer test?

No. Massachusetts is one of many so called “Implied Consent” states. What that means is that when you received your first driver’s license, you had consented to taking a chemical test of your breath (or blood) if you are ever arrested for an OUI. So, upon your refusal to submit to a chemical test, even before you are officially charged in court with Operating under the Influence of Liquor, the police will immediately (1) take custody of your driver’s license; (2) give you notice, on behalf of the Massachusetts Registry of Motor Vehicles, of intent to suspend your driver’s license for 180 days; (3) impound your vehicle for a period of 12 hours after your refusal, with the costs of towing, storage and maintenance of the vehicle to be assumed by you, the driver, (4) notify the RMV of your suspension within 24 hours.

And this is where a lot of people charged with DUI get confused. The 180-day license suspension is an administrative sanction imposed by the RMV. It represents a penalty that is completely separate and apart from whatever punishment you may receive at the conclusion of your criminal case. For instance, if your license was suspended by the RMV for 180 days following your refusal to submit to a Breathalyzer and, later, you are convicted of an OUI (First Offense) in criminal court, the Court may suspend your license for an additional 1 year. This 1-year suspension will be served on top of the 180-day pre-trial suspension handed out by the RMV. Moreover, unlike situations where a person submits to a chemical test of his breath (or blood), in a case involving a “refusal” to submit to such a test, a “restricted” or “hardship” license will generally not be available to the defendant during the 180-day suspension period.

If there is a “bright” side to a refusal to submit to a chemical test, it is the fact that the evidence of such refusal is not admissible in court against the defendant, charged with Operating under the Influence of Liquor under G.L. c. 90, § 24(1)(e). While some states, such as New York, have carved out a separate crime for refusing a chemical test, there is no such law in Massachusetts. In other words, in order to prove your guilt at trial, the prosecution will have to rely on the officer’s observations of your driving, conduct and appearance and will not be allowed to even mention your refusal to take a breathalyzer (or blood test).

If you ever find yourself in a situation, where you have refused to submit to a breathalyzer or another chemical test, you should promptly contact a knowledgeable OUI lawyer, as there are many technical and procedural intricacies in a “refusal” case that can be explored and, potentially, exploited by an experienced OUI litigator. Attorney Sergey Mikhlin, a knowledgeable OUI lawyer, will promptly evaluate your case and your options, and advise you on the proper course of action with respect to both your administrative proceeding at the RMV, and your criminal proceedings in court.

Can my driver’s license be suspended before my criminal OUI case is resolved?

Yes. In the context of an OUI case, at the point of your arrest, your driver’s license can be suspended in two situations: (1) if you have refused to submit to a chemical test of your breath or blood [180 days for a 1stoffense]; or (2) if you have submitted to such a test and your blood alcohol content (BAC) was .08% or above [30 days]. These penalties are completely separate from any penalties that may be imposed on you upon your OUI conviction in criminal court.