IS IT A CRIME IN MASSACHUSETTS TO DRINK AND DRIVE? 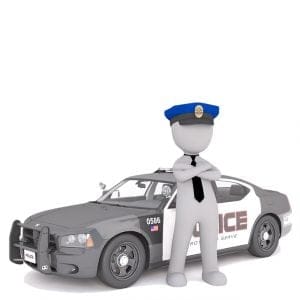 The short answer is “not necessarily.” However, you will save a lot of money, time, and aggravation if you simply don’t do it. If you have had a few alcoholic drinks, it is always more prudent to find a designated driver or call a taxi to take you home.
In Massachusetts, for the purposes of an Operating under the Influence of Liquor charge, you are considered to be “under the influence” of liquor only when: (1) your consumption of alcohol has diminished your ability to operate a motor vehicle safely; or (2) your blood alcohol content level is .08% or greater. In other words, even if you have consumed alcohol but your ability to operate a vehicle safely was not diminished or you have less than .08% of blood alcohol level, you have not committed the crime of OUI, as defined in Massachusetts General Laws c. 90, § 24. 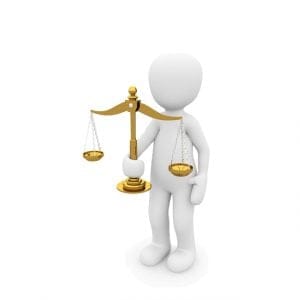 Does a police officer need to have my Breathalyzer reading in order to charge me with Operating under the Influence of Liquor (OUI/DUI)?

No. There are two ways in how the Commonwealth may prove that a driver is “under the influence.” One of those two ways is for the prosecution to establish that the driver’s consumption of alcohol (without necessarily establishing the amount) diminished his/her ability to operate a motor vehicle safely. To establish such “diminished capacity” to drive, the arresting officer, and subsequently, the prosecutor handling this case, may rely on the driver’s appearance, condition, and behavior at the time of his operation. The arresting officer, in justifying the charge of OUI, will almost always note in his report that he could smell an odor of an alcoholic beverage on the defendant’s breath; that the driver exhibited red or glassy eyes, had slurred speech, and was unsteady on his feet. Later, at trial, the prosecutor will try to convince a jury (or a judge) that these factors are proof that the driver lacked alertness, displayed signs of poor judgement and ability to respond promptly and appropriately. Thus, they will argue, accused’s ability to operate a motor vehicle safely was diminished.
An experienced OUI/DWI defense attorney, however, can skillfully “take the sting out” of these dubious observations and conclusions, as there exist a number of reasons as to why a person’s eyes may be bloodshot and glassy (e.g., fatigue, being in a smoky environment, etc.), or why he/she was acting confused at the scene (accident, seizure, etc.).

In addition to being “under the influence,” what else does the prosecution need to prove to convict me of an DUI Defense Massachusetts?

In Massachusetts, in order to convict a person on the charge of Operating under the Influence of Liquor, in addition to proving beyond a reasonable doubt that such person was “under the influence of intoxicating liquor”, the prosecution also has to prove that he or she was (1) “operating” a motor vehicle on (2) a “public way.”
Many people erroneously think that the police have to witness the suspect’s actual driving in order to charge them with Drunk Driving. That’s not correct. In the Commonwealth of Massachusetts, “operation” is defined as “any intentional action by an occupant using a mechanical or electrical means which alone, or in sequence, will set [the vehicle] in motion….” Commonwealth v. Virgilio, 79 Mass. App. Ct. 570 (2011). In other words, even if an intoxicated individual is found sleeping in the driver’s seat of a vehicle parked on a public way with the engine running and key in the ignition, such person may be found to have “operated” that vehicle under the statute. Operation can occur even if the vehicle is motionless or the engine is turned off. The prosecution may also prove “operation” by circumstantial evidence which may include: the driver’s admissions as to operation, the fact that the car is registered to this particular person, the fact that the suspect is present at the scene of the collision involving the subject car, the absence of any evidence suggesting that someone other than the suspect was driving the car, etc.
The prosecution also has to prove that the vehicle was operated by the intoxicated defendant on a “public way.” The statute defines “public way” as (1) “any way” or (2) “any place to which the public has a right of access or (3) “any place to which the public have access as invitees or licensees.” In other words, most roads and locations within the Commonwealth would qualify as “public ways.” 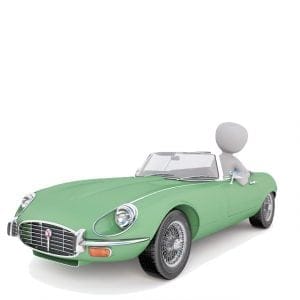 Does it matter for purposes of an OUI how I was driving prior to being pulled over?

Yes. In the majority of all DUI/OUI stops, the police first observe the manner in which the person is driving his or her car. After all they need a legitimate reason to stop that vehicle and without first observing some sort of traffic violation or erratic driving, they generally lack such cause to stop the vehicle. The officer will often note if prior to pulling the vehicle over, he observed it travelling at an excessive or unusually slow speed, or that it crossed the double-yellow or fog line, or that the car was weaving in and out of its travel lane, or failed to yield the right of way to a pedestrian, etc.
Framingham and Worcester attorney specializing in Drunk Driving, OUI, DUI Defense Massachusetts defense can address these issues through cross-examination of the police officer in an attempt to convince the court that “bad” driving does not necessarily equate to impaired driving. For instance, if a motorist is observed crossing the double-yellow line once, such driving behavior could be attributed to a cause that has nothing to do with alcohol intoxication, such as fatigue or momentary inattention due to performing another task inside a vehicle, or certain road conditions, etc.