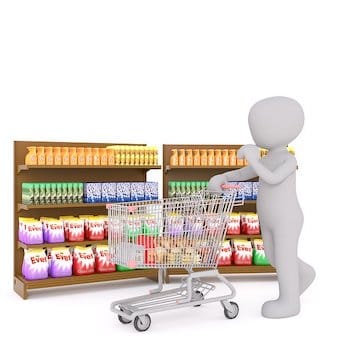 All major department stores are now armed with their own “anti-theft” mini-armies equipped with surveillance cameras and even staffed by special store detectives roaming the shopping floors. In my estimate, at least 6 or more people are arrested daily in Dedham MA for shoplifting. Charged with Shoplifting.

Most people dismiss shoplifting as a trivial offense. Well, this is not always the case and it can create extremely serious problems in future for many who don’t take shoplifting charges seriously.

Most shoplifting offenses in Dedham MA are prosecuted under Larceny other Theft-related statutes. The particular charge depends on the value of merchandise stolen. Charged with Shoplifting.

If you are convicted of a shoplifting offense, you will have a criminal record because shoplifting is a misdemeanor in MA. You will also pay fines and be ordered to do community service. In some cases jail time is a punishment for shoplifting as well.

Facing a Shoplifting charge in Dedham MA? Need a MA defense lawyer to help you? Complete the form on the right for a free case evaluation from a Dedham MA criminal defense lawyer.

Law Office of Sergey Mikhlin
4.8
Based on 18 reviews

Thomas Sullivan
19:55 24 Oct 21
Attorney Mikhlin was a excellent lawyer for my case! He was thorough from start to finish. He was extremely transparent... and never missed a phone call in over a year and a half of working on my case. He has a great understand personality and his priceing for his effort is beyond fair!read more

Jeret Ledger
22:24 19 Oct 21
Very thankful for the dedicated and professional work Mr Mikhlin did to resolve a case to the best possible outcome.

Mitsie Murphy
00:51 09 Jul 21
Attorney Mikhlin was affordable and worth every penny. He was available to meet right away to discuss the case. He... explained the situation clearly in laymen terms. He shared his strategy ahead of time to get confirmation on the plan. More than anything, his demeanor and professionalism was amazing. As I was dealing with a frustrating issue and unaware of all the legal aspects; yet he made a point to share reassuring and comforting words. He was a overall a decent person who showed concern for not just the case but the impact it would have on our lives. He even went through what to expect in court, and answered every question even the most stupid ones. He understood the hardship I was dealing with and did everything to make me feel comfortable. I was glad to have him on my side.read more

meltonsixthirteen
02:46 02 Nov 20
Sergey mikhlin met with us and spent as much time as we needed to really understand what our situation was and what he... could do for us. Any time we called he answered our concerns and always kept us updated. He was genuine and professional and got us the best results possible.read more

Nikolay Andreev
22:41 23 Oct 20
I hired attorney Mikhlin to help me out in a criminal matter. From the first phone call until my case was dismissed,... Sergey was very responsive, efficient, professional, and, most importantly, effective. He managed to get my case dismissed, allowing me to keep a clean criminal record. I would highly recommend Attorney Mikhlin to anyone who needs a criminal defense lawyer.read more

Dave ***
21:38 04 Aug 20
I called attorney Mikhlin regarding my case. He listed to my case, read my documents carefully, and I found him a very... caring, knowledgeable and astute lawyer. He did call me a couple of times to my requests promptly. I was not his client officially, but he is indeed an excellent lawyer. He fights for you.read more

Anastasiya Demba
14:33 27 Jan 20
Attorney Mikhlin was fantastic! He helped me every step of the way and made himself available night and day, every day... of the week. He clearly cares for all of his clients and wants to represent them in the way that they deserve. I will definitely be recommending Attorney Mikhlin to anyone who asks!read more

Stephen Smith
14:35 15 Jan 20
I would highly recommend Sergey Mikhiln to anyone facing criminal matters involving domestic abuse or the likeI had a... very complicated situation involving a very conniving ex girlfriend who relapsed on opiates. She wouldn’t vacate my home and as an act of desperation fabricated a DALaws in Ma are very strong in favor of “the victim “, especially in a male vs female accusationI was removed from my home while she stayed there on my dime for almost a yearSergey was prepared knowledgeable and always cool under pressureWe were prepared to go to trial but the “victim “ showed up too high to testify and when she finally came out of it told the court she didn’t want to testifyDidn’t want to perjur herself is more like itSo the case was dismissed before trial which is beat case scenario, but had we gone to trial, not only did I feel Sergey was fully prepared I was fully confident the case would be dismissedHuge thank you and my strongest recommendations to anyone ever in need of legal councilread more

P. B.
21:59 18 Dec 19
Sergey, truly thank you for professional treatment of my case.A complicated case involving family and... pushing.Sergey came up with a masterful defense which definitely helped in my case.I recommend Sergey for any criminal case.My case was dismissed before trial which was the best possible outcome.You want this guy in your corner, smart, knows the system and the courts and fought hard for me, tough and persuasive!Sergey Mikhlin is my lawyer ongoing no doubt if ever the need comes up!read more

Dmitriy Svirskiy
15:04 07 Nov 19
I want to say thank you to Mr. Mikhlin who represented me on assault and battery charges. I am very satisfied with my... experience. Mr. Mikhlin is a true professional and very through. Due to his diligence we were able to win the trail. He was with me every step of the way and made sure that I felt comfortable. He impressed me with his knowledge of criminal law, attention to detail, integrity and hard work ethic. I highly recomend him.read more

lia p
03:20 26 Sep 19
Trusting Caring Lawyer and WE WON!!He sincerely cared about my case and what I was going through. He was extremely... responsive whenever I needed him. He went above and beyond. He is very fair with pricing and it was worth every penny. He is extremely knowledgeable and I believe he had prior experience working as a DA. I told him the truth, for I really got myself in trouble and looked guilty for leaving the scene of an accident and everything pointed to me being guilty. I even further incriminated myself went to the cops against his counsel and lied to them. However, he got the entire story from me and he believed in me and what I said. He believed I was innocent no matter how much I looked guilty. The clerk had it out for me and kept looking at my record with intent to issue a complaint. My attorney stuck to the facts showed him the pictures of no damage and the clerk dismissed them saying it could be any pole. My lawyer persisted and showed my phone calls to AAA right after the accident and my Lyft ride to prove I was on scene for an hour. He told the clerk the truth in regards to my lying to the police, which was I elaborate the truth when I get nervous and made it seem worse than it was. The clerk said I got an excellent lawyer because he was going to issue a complaint and did not that day. We won!!! I high recommend him he is the best. He really cares and will fight for you!read more
Next Reviews

*Please do not include any confidential or sensitive information in this form. This form sends information by non-encrypted e-mail which is not secure.